Black, Ballard, McDonald, P.C., originally began practicing law in Mt. Vernon, Jefferson County, Illinois in 1938 as a separate office of a Central Illinois law firm. In 1977 the name of the firm was changed to Campbell, Furnall, Moore & Jacobsen; and then in 1988 the name was updated to Campbell, Black, Carnine & Hedin, P.C., to reflect the names of the active senior principals. In 1992 the name was again updated to Campbell, Black, Carnine, Hedin, Ballard & McDonald to reflect the names of all principals. Finally in 2011 the name was changed to Black, Hedin, Ballard, McDonald, P.C.. In July of 2016, the current firm name was adopted. The firm initially concentrated in oil, gas, and coal law and soon added defense of civil liability claims as a major concentration. Today we have over 250 years of combined legal experience and have numerous attorneys concentrating in most major fields of civil practice.

Our firm has received an AV rating by the Martindale-Hubbell law directory indicating a legal ability of "preeminent" and ethical status of "very high." Both of these ratings are the highest that can be achieved. In addition, many of our attorneys in the firm have also been recognized in one or more fields as "leading lawyers" by the Leading Lawyer Network. This recognition is achieved by a vote of our peers as being a "top" lawyer in the designated fields.

Click 'practice areas' above for more information on the areas of law in which we practice. We have clients and active cases across the entire southern third of Illinois in both state and federal courts. 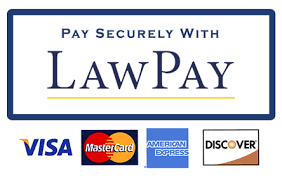